Today we’re bringing the competitive gaming to Xbox One with the launch of ESL Gaming. 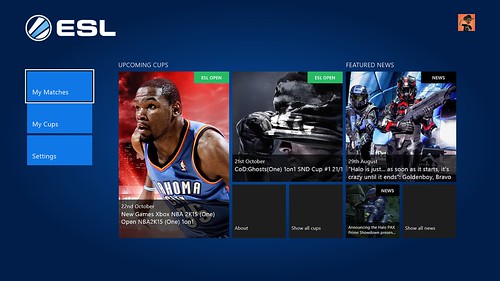 ESL is the largest independent eSports brand in the world, running online competitions globally and filling sports stadiums for live events. Today, we’re bringing it to Xbox One. eSports on consoles has never been easier; with ESL on Xbox One you can directly find tournaments within the app, sign up without a second screen and open a match via the “My Matches” section. Within your match sheet you can see your opponent’s gamer picture and gamertag, contact them directly to exchange details on how to find each other in-game and enter the results directly within the app. You can even find news about featured Xbox tournaments and games.

Sign up for a tournament through the ESL app on Xbox One to kickstart your pro gaming career. Begin with ESL Open tournaments to gain experience, then try competing in the ESL Major tournaments with the chance to earn prizes. Keep your eyes peeled for the ESL Pro competitions and qualifiers and you could become the next eSports legend. 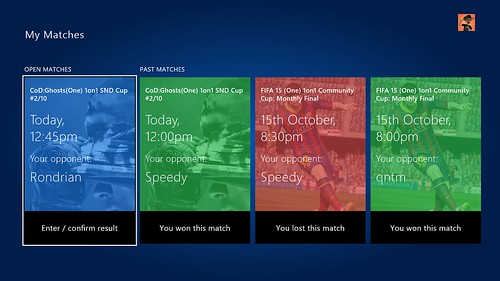 Look for the ESL app today in the Apps section of the Xbox One Store.