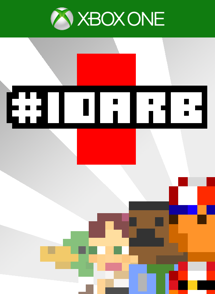 Game Description: Built with the input of thousands of crazed internet gamers, #IDARB (an acronym for “It Draws a Red Box”) is a chaotic 8-player eSport jumping future arena ball game. Create characters, teams, team logos, tournaments, even your theme music, in this highly customizable experience complete with disruptive “hashbombs” which dynamically change the game itself via Twitch and Twitter! IDARB supports up to 8 simultaneous local players, and up to 4 vs. 4, head-to-head online matches.

#IDARB is currently available for FREE for Xbox Live Gold members as the February Games With Gold featured game for the Xbox One.