Updates below in red

With less than 2 weeks until E3, I wanted to update this post with all of the latest information. Updates are highlighted in red, but the big news is the location of the Xbox FanFest ticket giveaway has been identified. 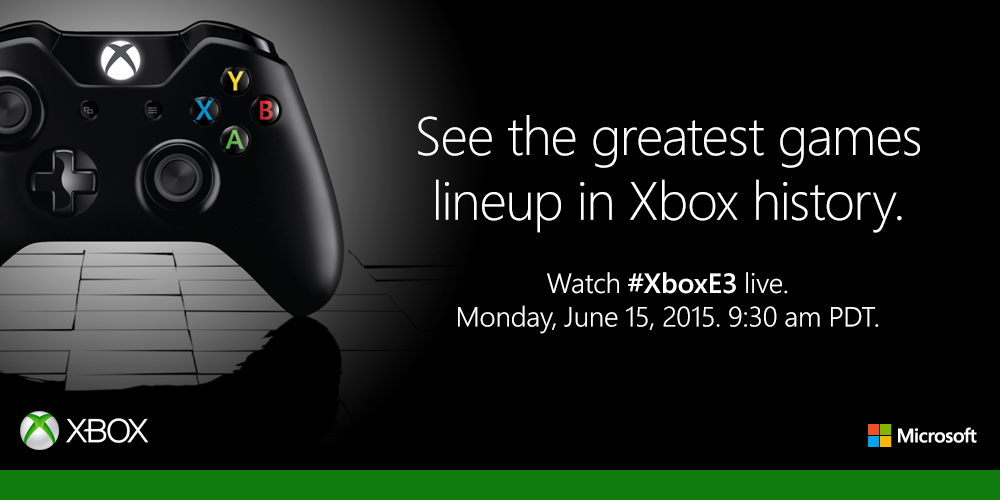 What: A one hour show featuring breaking news, exclusive announcements, trailer reveals, game demos, and interviews with game creators. We’ll also be taking a look at the upcoming film “Terminator: Genisys”, and will debut a brand-new clip from the movie during one of our episodes.

For our PC gaming fans already getting excited for the upcoming release of Windows 10 on July 29, we recently announced that we’ll be co-sponsoring the PC Gaming Show on June 16 from 5-8 p.m PDT. Head of Xbox Phil Spencer and key members of the team will be showing off some great gaming experiences for Windows 10 (and maybe even a surprise), so be sure to catch the livestream of the show on the official PC Gaming Show site or on Twitch.

And finally, if you’re in the LA-area, we have something even bigger for you – Xbox FanFest: E3 2015.

Xbox will give 500 lucky fans a one-of-a-kind ticket for E3 week, the gaming industry’s biggest showcase.  The Xbox FanFest Ticket will include:

When is Xbox FanFest?

Where Do I Get Tickets?

Fans can begin lining up at Microsoft at Westfield Century City in Los Angeles, starting at 10 p.m. PDT on Saturday, June 13. This Microsoft store is located at 10250 Santa Monica Boulevard, Los Angeles, though the line will start near the LensCrafters on Avenue of the Stars.

How Many Tickets Will Be Available?

What Are the Details?

Tickets will be first-come, first-serve.

You must have an Xbox Live gamertag.

One ticket; one person – tickets are non-transferable and cannot be resold.

You’ll have to fill out a liability waiver form.

Be in LA the weekend before E3.

Get ready to see the greatest games lineup in Xbox history.

Head on over to the Xbox E3 Online Experience for complete information, as well as the Xbox FanFest: E3 2015 rules and regulations. And stay tuned to Xbox Wire for all the latest updates and news on E3!