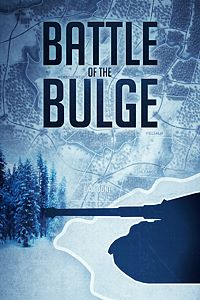 Content: Battle Of The Bulge
Check pre-order price and availability in your Xbox LIVE region

Battle of the Bulge is a fast-paced WW2 game where precise movement and detailed planning make the difference between a vain attempt and a brave operation. Set during what the historian Antony Beevor called “Hitler’s Last Gamble”, Battle of the Bulge provides an immersive experience on a tactical/operational level, putting the player in command of the Allies or the German forces fighting each other in several scenarios in one of the most brutal and wild environments of Western Europe: the snow-covered forest of the Ardennes!