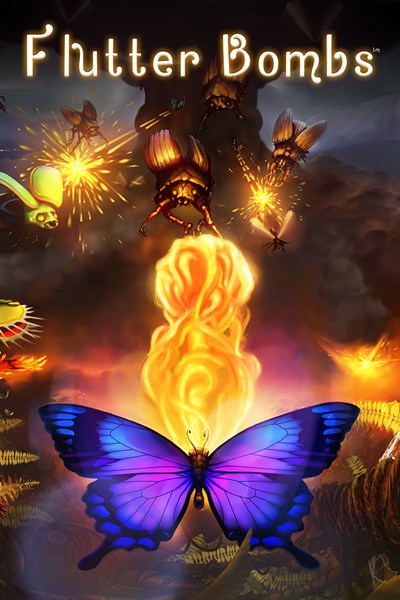 ☆☆☆☆☆ 10
★★★★★
$9.99
Get it now
Free Trial
Experience nature’s wrath in this top down twin stick shooter. Command up to 10 different wingsets each with a unique bombing tactic. Unleash fury with powerful weapon upgrades. Flutter Bombs offers unique gameplay that twists the standard rules of a twin-stick. With players choosing whether it's advantageous to collect nectar or not based on environmental conditions in the field of play, players can dominate the game by "collecting only the nectar they need". With a variable hex-tile board, and unique mechanics in each no-fly zone, the game challenges players reaction times, forcing a choice between either dropping a bomb with a delayed yet powerful impact, or shooting nectar guns to neutralize immediate airborne threats. The beautiful classical score offers a counter-intuitive, yet soothing, sound of harmony as natural chaos ensues. Cooperative gameplay further adds to this experience creating a fun social dynamic for up to four players competing to collect nectar, but working together to fend off powerful foes. For hardcore fans, we have a boss rush. Players must defeat all bosses with one life, strategically using the mechanics of one boss to survive the next. Defend your grove with Flutter Bombs!
Product Info:
Developer: Earthborn Interactive
Publisher: Earthborn Interactive
Website: Flutter Bombs
Twitter: @EarthbornDev