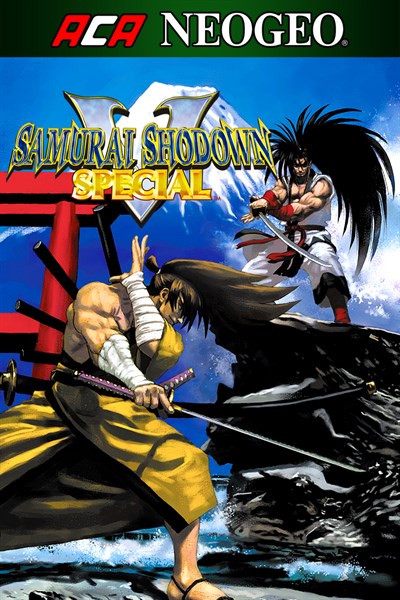 ☆☆☆☆☆ 16
★★★★★
$7.99
Get it now
SAMURAI SHODOWN V SPECIAL is a fighting game released by SNK in 2004. Bringing together 28 of your favorite characters, including past bosses! The familiar Rage Explosion, Concentration One Gauge, and Fatal Flash from previous titles in the series are still here, and you can't miss this chance to take down your opponents in one hit with flashy Desperate Techniques! The "ACA NEOGEO" series has faithfully reproduced many classic NEOGEO masterpieces. Players can change various game settings such as game difficulty, and also reproduce the atmosphere of arcade display settings at that time. Players can also compete against each other from all over the world with their high scores. Please enjoy the masterpiece that built a generation for video games. *This title is based off the MVS (NEOGEO for arcades) version. There may be differences between this version and the versions for the home NEOGEO console and other home consoles.
Product Info:
Developer: SNK
Publisher: HAMSTER Corporation
Website: ACA NEOGEO SAMURAI SHODOWN V SPECIAL
Twitter: @SNKPofficial / @HAMSTER_Corp