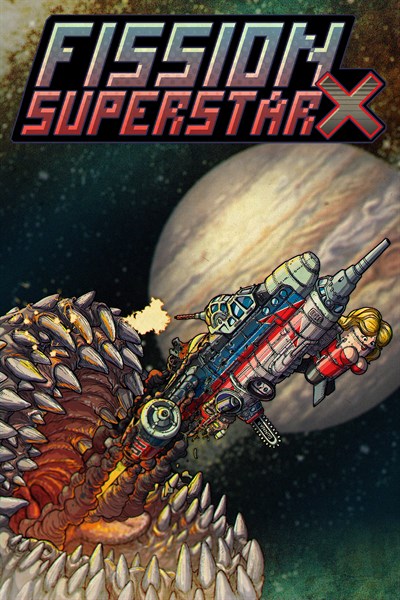 ☆☆☆☆☆ 11
★★★★★
$14.99
Get it now
While working on his latest nuclear bomb, Dr. Leopold had a revelation. He wasn't creating a weapon of mass destruction; he was creating a nuclear superstar! Was it the radiation sickness or was Leopold always insane like this? Who knows and who cares? Now you must do his bidding and tour the solar system with Celine, his dear bomb. Who would not be thrilled to host the concert of a nuclear bomb under the control of a clearly insane scientist? Everybody it seems, that's why they are all trying to destroy Leopold's creation.
Product Info:
Developer: Turbo Pelvis 3000
Publisher: Turbo Pelvis 3000
Website: Fission Superstar X
Twitter: @TurboPelvis3000