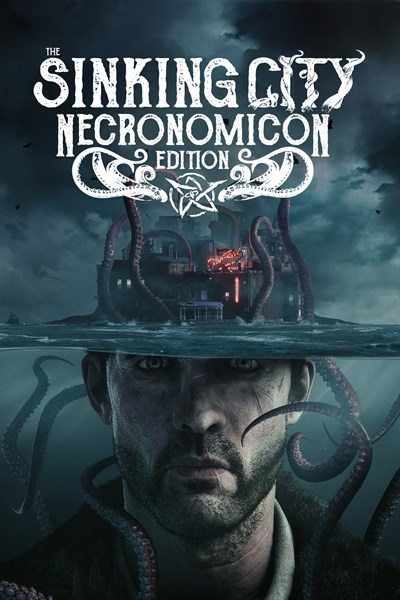 ☆☆☆☆☆ 153
★★★★★
Get it now
Pre-order now and get instant access to the full game Sherlock Holmes: The Devil’s Daughter! To access this content, search for “Sherlock Holmes: The Devil’s Daughter” on the Microsoft Store and download from the details page. Pre-order bonus also includes: • Exclusive outfit and hat Xbox Avatar items - the codes for the Avatar items will be delivered to your Xbox message center within 7-10 days of the release of The Sinking City. You can redeem the codes on your Xbox One console or at xbox.com/redeemcode • The Chicago Organ Grinder game add-on • 1 extra skill point to spend in-game • 48H early access to The Sinking City Upgrade your experience with the Necronomicon Edition which includes: * The Sinking City * The Worshippers of the Necronomicon DLC: 3 side quests with the infamous Necronomicon and new monsters. * The Investigator Pack DLC: the Private Investigator outfit, First Aid Kits, Antipsychotics and a crafting materials starter pack. The Sinking City is an adventure and investigation game set in an open world inspired by the universe of H.P. Lovecraft, the master of Horror. The half-submerged city of Oakmont is gripped by supernatural forces. You're a private investigator, and you have to uncover the truth of what has possessed the city… and the minds of its inhabitants. - An oppressive atmosphere and story inspired by the universe of H.P. Lovecraft. - A vast open world that can be explored on foot, by boat, in a diving suit… - High replay value thanks to an open investigation system: each case can be solved in a number of ways, with different possible endings depending on your actions. - An arsenal of weapons from the 1920s with which to take on nightmarish creatures.
Product Info:
Developer: Frogwares
Publisher: Bigben Interactive
Website: The Sinking City
Twitter: @Frogwares / @bigbeninteract / @thesinkingcity