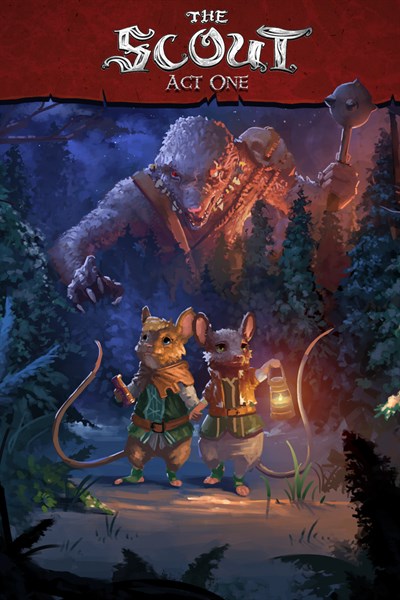 The Lost Legends of Redwall : The Scout

☆☆☆☆☆ 17
★★★★★
$14.99
Get it now
A whimsical adventure game based on the bestselling Redwall™ books. Set in the winter shrouded wilderness between Lilygrove and Redwall™ Abbey, help Liam or Sophia race for help from the raiding rats under Scumsnout's command. “The Scout” is the first episode of “The Lost Legends of Redwall™” and is best understood as a stealth-adventure game, taking place in the middle of winter prior to the events of the original “Redwall™” book. “The Scout” tells the story of a mouse who is driven to Redwall Abbey when sea rats raid the peaceful village of Lilygrove. Not too far from the storied walls of Redwall™ Abbey is a small village of mice and moles called Lilygrove. Our hero, Sophia, is the newest member of the Lilygrove Scout Corps, a group of woodland rangers tasked with the protection of the little village and trained in the ancient ways of woodcraft. But her graduation is cut short by the sudden raid from a band of sea rats led by the brutal wearet, Scumsnout. It will take all of her wit and guile to make it out alive! The events of “The Scout” play out along the ancient, but now altered, course of the mighty River Moss. What was once a wide river is now the sunken bed of a seasonal creek that that runs east-west between Redwall Abbey and the Great South Stream that feeds the swamps south and east of Salamandastron. The player must find a way through the confusing snow-covered channel punctuated by occasional hedgerows, ancient stone walls, scattered shacks, and the few-and far-between hearths of friendly woodlanders. Along the way there is untold adventure to include (of course) feasting, fiddling, and even a few fisticuffs as we meet Valo Scrimpaw, the mysterious stoat who lives in the Winsome Wraith, Scumsnout the murderous weret, and even the ghost of Martin who offers assistance just when all seems lost.
Product Info:
Developer: Soma Games
Publisher: Soma Games
Website: The Lost Legends Of Redwall: The Scout
Twitter: @somagames / @RedwallGame