Start your engines, prepare your Rocket Boosts, and don’t forget to bring your friends. Rocket League, the hit sports/action hybrid and recipient of more than 150 Game of the Year nominations, will be available for free this weekend to Xbox Live Gold members who will have access to the full game during the Free Play Days period.

The Free Play Days event begins Wednesday, July 10 at 12:01 a.m. PDT and runs through to Monday, July 15 at 11:59 p.m. PDT. You can find and install the game here. To download on console, click on the Gold member area on the home dashboard on your Xbox One! The game is also currently available for purchase at a discount so you can continue playing while keeping your Gamerscore and achievements earned in-game during the event. 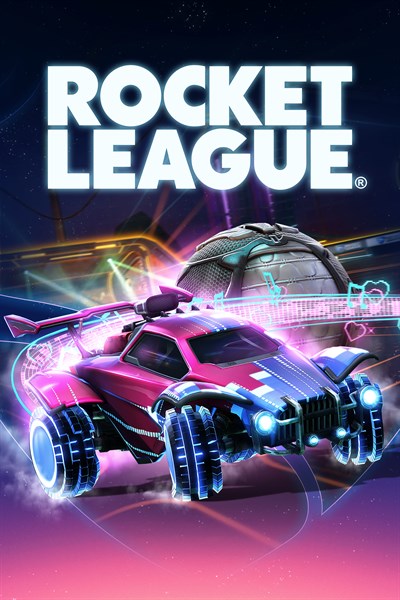 ☆☆☆☆☆ 1028
★★★★★
Get it now
Xbox One X Enhanced
PLAY ROCKET LEAGUE FOR FREE! Download and compete in the high-octane hybrid of arcade-style soccer and vehicular mayhem! Unlock items in Rocket Pass, climb the Competitive Ranks, compete in Competitive Tournaments, complete Challenges, enjoy cross-platform progression and more! The field is waiting. Take your shot! --- © 2015-2020 Psyonix LLC, Rocket League, Psyonix, and all related marks and logos are registered trademarks or trademarks of Psyonix LLC. All rights reserved. All other trademarks are property of their respective owners.

Hit the Rocket League pitch by yourself in 1v1 Duels, or invite friends and play 2v2, 3v3, or the chaotic 4v4 mode. There’s also Hoops Mode for basketball fans, Snow Day that combines Rocket League and hockey, and the zany Drop Shot and Rumble modes. All playlists can be played against online opponents or locally for couch co-op fun.

Players will also earn items from Rocket Pass 3, Rocket League‘s timed progression system. Earn XP from Online Matches and by completing Weekly Challenges to earn in-game items that can only be found in this Rocket Pass. Progress through Rocket Pass for free or upgrade to Rocket Pass Premium to expand your item collection even further.

Any items that are earned during the Free Play Days event will carry over to the full game if you decide to purchase Rocket League during or following the event. Rocket League is also included with Xbox Game Pass. If you’re picking the game up for the first time, you’ll be on your way to unlocking the hundreds of in-game items. Make your Battle-Car your own with trillions of customization combinations.