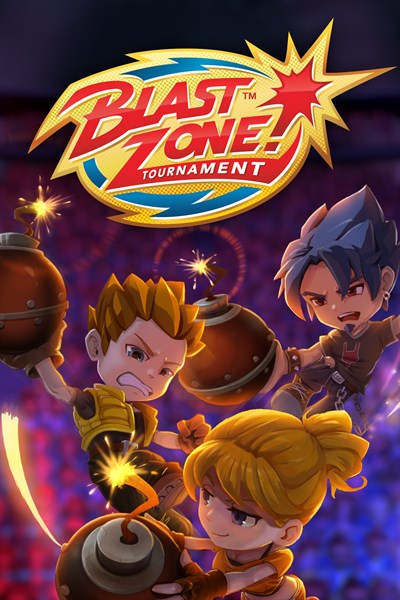 ☆☆☆☆☆ 1
★★★★★
$19.99
Get it now
Xbox One X Enhanced
Blast Zone! Tournament is the fast-paced game where fun meets explosive combat! Take on challenges in the fully-loaded single-player campaign to level up and prepare to compete in numerous multiplayer arenas. Team up with friends and blast opponents as you go head-to-head to see who will be the last bomber standing! It’s time to ignite your fuse and blast your way to the top of the leaderboards! GET INSTANT SINGLE PLAYER ACTION! Single Player Campaign - Fire-Bomb your way through an addictively fun single player campaign become the greatest contestant in Blast Zone’s history; earn awesome costumes by successfully completing 240 unique challenges as you punch, kick and throw your way through Pirate Ships, Jungles, Military Bases, Dance Clubs, and more PLAY WITH FRIENDS Are you ready for 32-player online Battle Royales? Want to play 2v2v2v2 King mode with your friends on your couch? * Exhibition Mode Up to 32 party members made up locals, remotes, and AIs can play a wide variety of game modes * Matched Multiplayer Season 1 ranked modes are Battle Royale, 4v4 Team Knockout, and FFA Wildcard (random game modes: FFA, FFA Respawn, Treasure, Bomb Blast, and Zombie) MASTER THE MULTIPLAYER GAME MODES * Free for All - Each contestant has a single life, who will be the last one standing? * Team Deathmatch - Knock the other team out to achieve victory * Bomb Blast and Team Bomb Blast - Explosions paint floor tiles, who will have the most tiles? * Coin Collect and Team Coin - Collect Collect the most coins to win the match * King Mode - A team mode where the King must be protected at all costs * FFA Respawn - Players have infinite lives and battle for kills * TD Respawn - Teams battle it out for kill counts * Zombie - Who will be the last one standing during a Zombie apocalypse? * Lots of Variety - 283 multiplayer levels across 7 themes * Match Mutators - Are powerups burnable? Is Revenge Mode enabled? It’s up to you. * Player Handicaps - Want to play a 7 vs 1 match where one person starts with Bomb 9, Speed 9, Power 9, and has 3 lives? CREATE YOUR UNIQUE BOMBER Over 10 billion combinations. Earn amazing outfits, awe-inspiring hats, and hilarious emotes then mix them together to realize a totally unique personal style. It’s time to grab a bomb and get your blast on!
Product Info:
Developer: Victory Lap Games
Publisher: Victory Lap Games
Website: Blast Zone! Tournament
Twitter: @VictoryLapGames