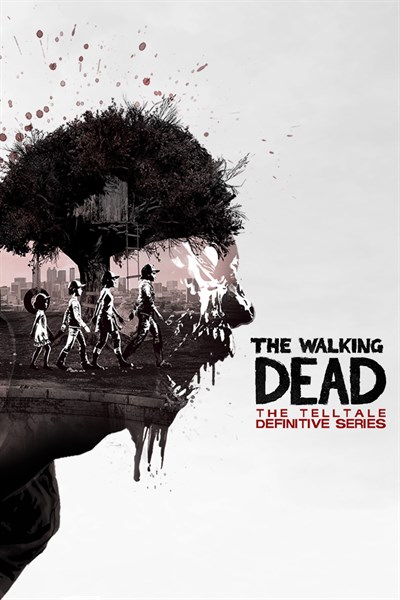 ☆☆☆☆☆ 99
★★★★★
$49.99
Get it now
The Walking Dead: The Telltale Definitive Series contains all 4 Seasons, 400 Days, and The Walking Dead: Michonne, which includes over 50 hours of gameplay across 23 unique episodes. With graphical enhancements, behind the scenes bonus features and faithful recreations of classic menus, this is the definitive way to experience Clementine’s journey and find out how her story ends. · Graphical Enhancements: “Graphic Black” art style brings Season 4’s enhanced visual style to all previous seasons of the acclaimed series.  Will also include full dynamic lighting to episodes that previously did not receive this upgrade. · Behind the Scenes Bonuses: Exclusive looks at the making of the game from the developers, VO artists, and other team members that brought Clementine’s story to life.  This includes over 10+ hours of developer commentary and “Return of the Walking Dead” documentary short. · Gameplay Improvements: Character performances, lip syncing, and other gameplay and UI enhancements make this the definitive Telltale’s The Walking Dead experience. · Even more digital bonuses: Music player that includes 40+ tracks across all seasons, art gallery, 3D model viewer with playable voice lines, and new 3D front end that still includes the original menus and music from all past seasons.