Happy Free Play Days! We’re back with an all-star line up of great games to play for free this weekend. Xbox Live Gold and Xbox Game Pass Ultimate members can jump in and play Borderlands 3, Rainbow Six Siege, and Prison Architect: Xbox One Edition from Thursday, November 21 at 12:01 a.m. PST until Sunday, November 24 at 11:59 p.m. PST.

You can find and install the games here on Xbox.com. Click through will send you to the Microsoft Store, where you must be signed in to see the option to install with your Xbox Live Gold membership. To download on console, click on the Gold member area on the home dashboard on your Xbox One.

If you like what you’ve played and want to keep the fun going, you can purchase the games and other editions at a discount and continue playing while keeping your Gamerscore and achievements earned in-game during the event! Please note that discount percentage can vary by region.

☆☆☆☆☆ 651
★★★★★
$59.99
Get it now
Xbox One X Enhanced
Xbox One copies of Borderlands 3 include a digital upgrade to the Xbox Series X|S version! On Xbox Series X, experience the game in gorgeous 4K resolution at up to 60 fps in single-player and online co-op. Add more couch co-op mayhem with expanded local splitscreen support for up to 4 players. The original shooter-looter returns, packing bazillions of guns and an all-new mayhem-fueled adventure! Blast through new worlds and enemies as one of four brand new Vault Hunters – the ultimate treasure-seeking badasses of the Borderlands, each with deep skill trees, abilities, and customization. Play solo or join with friends to take on insane enemies, score loads of loot and save your home from the most ruthless cult leaders in the galaxy. A MAYHEM-FUELED THRILL RIDE Stop the fanatical Calypso Twins from uniting the bandit clans and claiming the galaxy’s ultimate power. Only you, a thrill-seeking Vault Hunter, have the arsenal and allies to take them down. YOUR VAULT HUNTER, YOUR PLAYSTYLE Become one of four extraordinary Vault Hunters, each with unique abilities, playstyles, deep skill trees, and tons of personalization options. All Vault Hunters are capable of awesome mayhem alone, but together they are unstoppable. LOCK, LOAD, AND LOOT With bazillions of guns and gadgets, every fight is an opportunity to score new gear. Firearms with self-propelling bullet shields? Check. Rifles that spawn fire-spewing volcanoes? Obviously. Guns that grow legs and chase down enemies while hurling verbal insults? Yeah, got that too. NEW BORDERLANDS Discover new worlds beyond Pandora, each featuring unique environments to explore and enemies to destroy. Tear through hostile deserts, battle your way across war-torn cityscapes, navigate deadly bayous, and more! QUICK & SEAMLESS CO-OP ACTION Play with anyone at any time online or in split-screen co-op, regardless of your level or mission progress. Take down enemies and challenges as a team, but reap rewards that are yours alone – no one misses out on loot.

Combining the exhilarating action of a first-person shooter with the rich progression and loot systems of a role-playing game, Borderlands 3 expands and improves many of the key pillars that made the series a critical and commercial success, while also introducing innovative new features to its proven formula. With best-in-class shooting, deeper-than-ever customization, irreverent humor, memorable characters, and intuitive, innovative cooperative multiplayer, Borderlands 3 marks the culmination of nearly five years of development and re-establishes the series as a true genre leader. 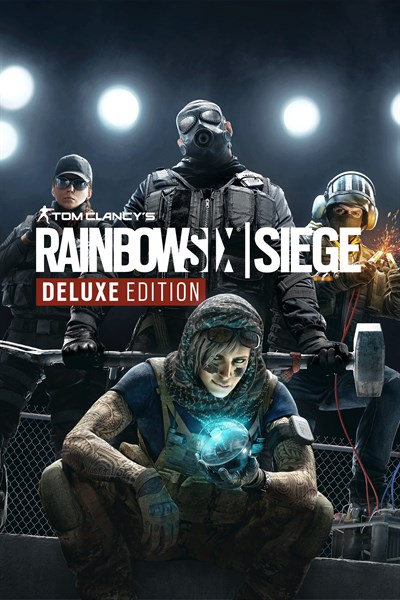 Rainbow Six Siege is back for Free Play Days, a great opportunity for new players to try the game. The event coincides with Rainbow Six Siege’s new cross over with Netflix’s “Money Heist” (aka “La Casa de Papel”) for a special in-game event that begins today, adding a new, show-inspired mode and cosmetic items until November 24. Engage in tense, tactical firefights involving team gameplay to best the enemy teams with an ever-growing arsenal of gadgets and Operators to play as. 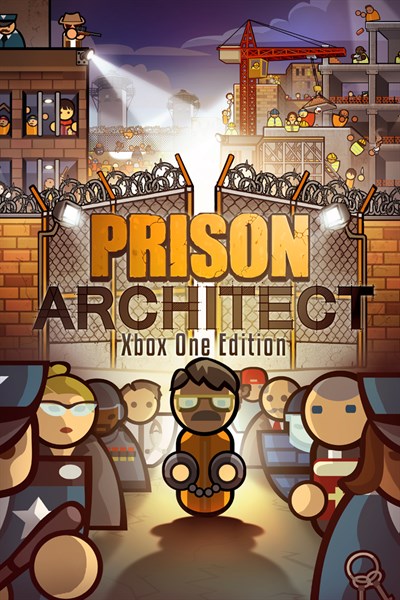 ☆☆☆☆☆ 337
★★★★★
$29.99
Get it now
Free Trial
Take control of the building and running of a maximum security prison as the critically acclaimed lock-em-up arrives on Xbox One! Your Design, Their Fate Will you build and manage a prison to create social order where it’s failed in the past, offering rehabilitation and peaceful coexistence amongst inmates? Will your prison disregard human rights, impose intentional harshness and be devoid of any notions of wellbeing and freedom? The choice is yours. In Prison Architect you will see the impact of your grand design on the lives of your inmates; be it a utopic center for rehabilitation, a brutal Super Max Prison or anything in between. Even when all of your prisoners’ needs are met, remember one thing - it’s still a prison and no one really wants to be there. Start your journey into the world of Prison Architect by playing through the Prison Stories (campaign). Here you’ll learn the ropes by being brought in to equip a small prison with everything it needs to perform its first execution, all before being called up to deal with emergencies at larger and larger prisons. You’ll quickly learn how to cope with blazing infernos, hostage situations and prison wide riots - if you make it through all that unscathed, the Mayor will be ready to give you the reigns of a brand new prison development where you can build the prison of your dreams. Build and Manage A Maximum Security Prison Once you are ready to begin building your own prison, in Architect Mode (sandbox) you can either choose to take control of one of several pre-built prisons right away or build one entirely from scratch. Acting as both architect and governor, you control every detail of your Prison - from building new cells and facilities to hiring staff and creating reform programs - all while dealing with informants, contraband smuggling, gang warfare, full scale riots and more! Once your prison is built, go online with World of Wardens to share your designs with the community. You can also browse and play other Architects’ prisons from around the world!

Design and manage a maximum-security prison. In addition, Double Eleven launched ‘The Shovel’, their first free update since Paradox Interactive took over the Prison Architect brand in January. The free update brings 30 new items, 6 new wall types and 2 new floor tiles, as well as a range of gameplay tweaks to both the base game and the popular Escape Mode DLC.