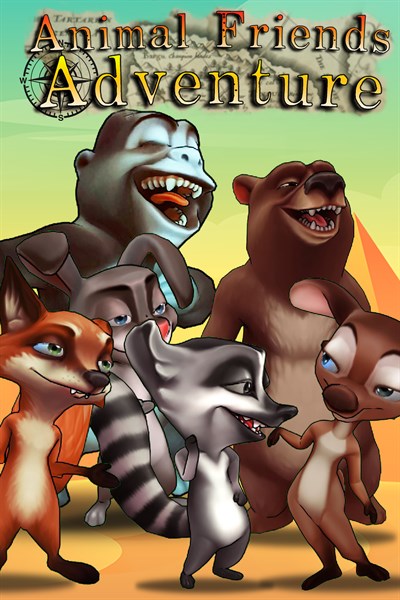 ☆☆☆☆☆ 5
★★★★★
$13.99
Get it now
Xbox One X Enhanced
Having saved his homeland from a rotting plague, Super Panda embarks on an all new mission to save his beloved forest once more. Strange disappearances and animal abductions have been going on. New creatures and monsters have appeared and the world is in chaos. The elements and the forest balance is eroding. Once more the world is dying. Super Panda has rounded up his newly made Animal Friends for the most important mission of their life. They must find the forest's ancient nemesis and defeat him for good. The much anticipated return of Super panda is finally here! With tons of content, including: 8 playable characters each with a unique special ability, 40 playable levels, 9 worlds and 8 collectible spirit guardians, there’s tons of family fun to be had. Simple controls and UI make it great for kids and adults alike so no-one has to miss out on the fun. 8 Spirit Guardians! Each with their own unique special ability can be combined with the playable characters for endless replay value. A huge variety of monsters to fight your way through. Square off against, forest Golems, naughty pixies, crazed mushrooms and hornets, not to mention the menacing mantis and the giant ladybugs, plus many more! 8 massive boss battles, one at the end of each unique landscape, leads to adventure on an epic scale. All that’s missing is you! Meet the characters 8 Playable and upgradable characters to choose from, each with their own special attack. Super Panda tosses acorn “grenades” and blows the enemies away Deer throws a Love bomb that explodes into magical hearts. Bear throws a giant angry weight that crushes enemies flat. It can open secret doors. Gorilla throws giant boulders that break down iron barriers in your path and crushes all opposition in his way. Fox, that clever man tosses a classic cartoon bomb that clears out small areas. But be careful it can hurt you too! Lenny the Lemur, has a sneaky spiked ball that rolls on the ground and hurts the monsters feet. Rabbit, our favorite little critter. Always thinking. He has a spiked spinning top than he throws, it zips across the ground wreaking comical havoc among the forest dwellers. Last but not least, only for the brave. Bad Panda! His attack is a little naughty. Bad Panda throws a fart bomb that hilariously explodes into poo, farting it's way through the monsters. Pets Level up your spirit guardians with fruits: Pineapple, banana, watermelon, strawberry and other delicious treats to gain even more abilities and powers. Help them fulfill their purpose and redeem their spirit. “本ゲームは日本語をサポートしておりません。”
Product Info:
Developer: Folkvang Studios
Publisher: Deverydoo‬
Website: Animal Friends Adventure
Twitter: @ChaosriftGames