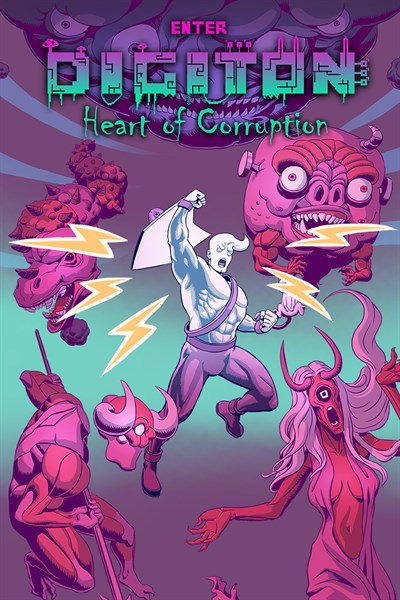 ☆☆☆☆☆ 5
★★★★★
$7.99
Get it now
Free a subterranean kingdom from death and ruin! Nested in the hollow husk of a desolate world lies the kingdom of Digiton. Once a prosperous, technologically advanced society, the kingdom fell into ruin through greed and lust for power. This led to the rise of four demon lords who now hold dominion over the vast underground cityscapes, icy valleys, intricate mines and lush mushroom forests of Digiton. Take the role of one of Digiton’s few survivors. Armed with only a shield and tasked with banishing the demon lords, it’s up to you to explore the dark mysteries of the corrupted kingdom and restore its former glory. Uncover long-hidden secrets, and discover the truth behind the enigma known as an AHAB unit.
Product Info:
Developer: Eastasiasoft Limited‬ / Morne Venter
Publisher: Eastasiasoft Limited‬
Website: Enter Digiton: Heart Of Corruption
Twitter: @eastasiasoft