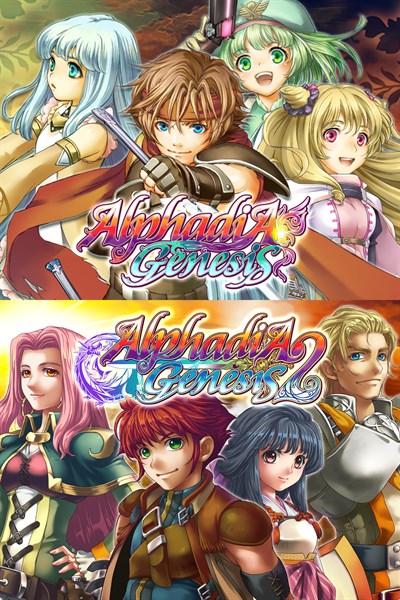 ☆☆☆☆☆ 7
★★★★★
$19.99
Get it now
Experience epic RPG adventures at once! This bundle includes Alphadia Genesis and Alphadia Genesis 2. ◆Alphadia Genesis Having been at peace for only 15 years since the end of the Energi War, the kingdoms of Archleign and Ghalzabine are once again thrust onto center stage after a murder perpetrated by a clone comes to light. Hoping the treaty signed to end the use of clones for conventional warfare has not been violated, a joint-investigative team is put together to find out the cause and bring those responsible to justice. However, the adventure appears to be far more volatile than anyone could have first imagined... Engage in intense 3D turn-based battles with beautifully rendered character visuals, vibrant Energi and Break Skills! Characters outside the party can cooperate in various ways through the use of Assists. Not to mention the rest of the huge content packed in one in the well-known RPG saga, immerse yourself in challenging subquests, arena battles, bosses around world and more! ◆Alphadia Genesis 2 While claiming to protect its citizens, the Empire has launched a ruthless campaign against the Atramian population—those said to be infected with black energi and whose existence they deem to be a threat to the world. Discover the true face of evil in this next chapter of the Alphadia series, a story filled with belief, sacrifice, revenge, and ultimately hope! Boosts can be applied to increase hit count and strength in turn-based battles with dynamic motions. Individual special skills can, in exchange for boost slots, quickly turn the tide of battle in the party's favor. Use the job orbs, which include fighter, healer, knight, and mage to learn, and handle various energi! The game offers many more elements such as subquests, battle arena and what is necessary for a full-fledged RPG! * Add-ons are not included.
NOTE: You may pre-download this game, but it will not be playable until the release date/time: 10/14/2021 – 5:00 PM (check the product page for release date/time in your region).
Product Info:
Developer:  EXE-CREATE
Publisher: KEMCO
Website:  Alphadia Genesis 1 & 2
Twitter: @ExeCreate / @KEMCOGLOBAL